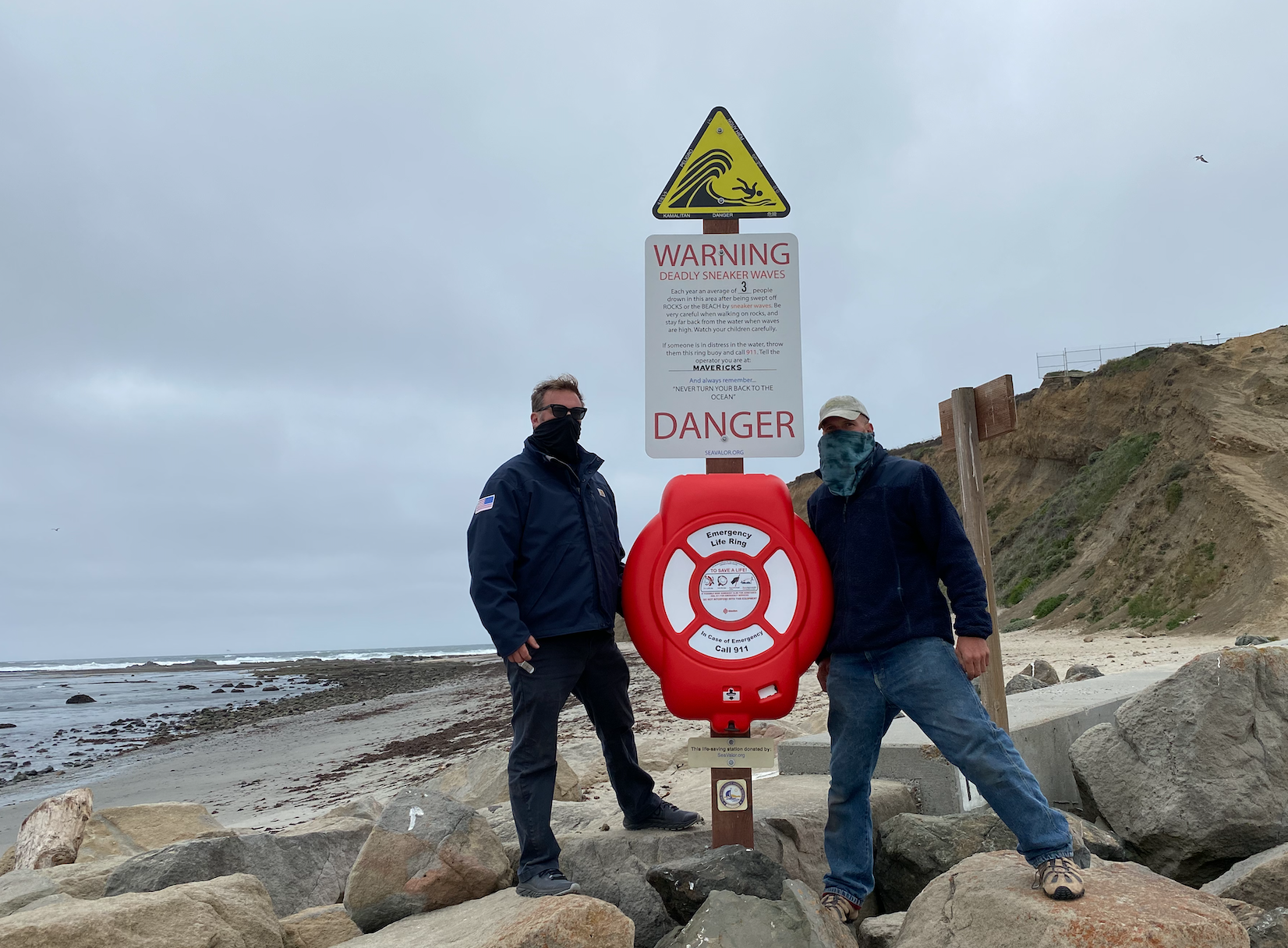 Each year a number of people are swept from Northern California beaches, rocks, and jettys by "Sneaker Waves", which are essentially waves that are larger and more powerful than other waves at the same time and location. It is hard to get accurate data regarding how many people actually die each year because of sneaker waves, however, during a recent seven-week period, at least eight people have drowned in the extended Bay Area region from sneaker waves. We beleive that most of these drownings are preventable, and Sea Valor and the Arunay Foundation have partnered to do what we can to reduce these deaths.

The Arunay Foundation was created by Arunay's parents, Tarun and Sharmistha Pruthi, in response to the death of Arunay from a sneaker wave.

Sea Valor was closely involved in the search for Arunay, and our group of volunteers became passionate about the need to keep such tragedies from happening to other families

Please scroll through this informative slideshow

On Wednesday, several emergency life-saving stations equipped with ring buoys will be unveiled. They’ll be installed at beaches along the San Mateo Coast to help prevent drownings. The idea came from the tragic death of a Fremont boy.